Out of the closet

We can stop wondering now, it's official. 65year old father of 6 and grandfather of 7, Bruce Jenner, is transitioning. His family, ex-wives, celebrities (such as Lady Gaga and Ellen) and open minded people are applauding him. Infact, he is being called a hero as he just saved lives. Apparently, people who feel they are in the wrong bodies and need a sex change would be motivated to come out of their closets. 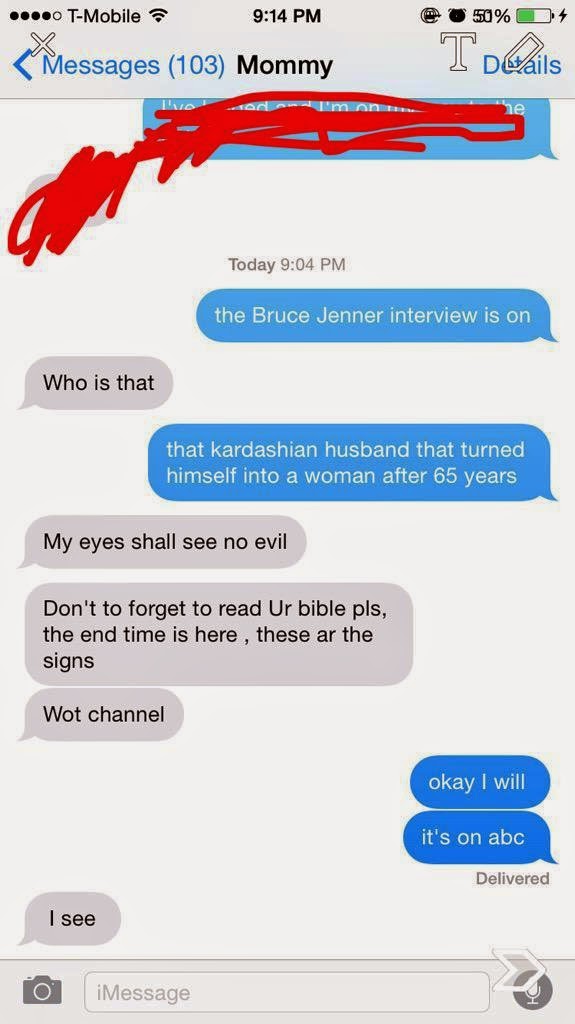 Bruce has just schooled Kim Kardashian on how to break the internet. Twitter has lost sleep over it. I thought Nigerians, in the atmosphere of change, would readily accept it, but they busy pleading the blood of Jesus and asking he be taken for deliverance. We're a dramatic people, yea?

Tweets for and against changing sexes are flying around and I'm just here trying not to judge and observing. Initially, I felt it really isn't our business and he has a right to do as he wishes with his body as long as it's legal. Human Rights Activists and other concerned groups would soon start clamouring for sex transitioning to be part of our laws, that's if they haven't. If it is passed into law, how would you feel, if in 17 years, your child, spouse or parent wishes to transition?

Are you open minded, conservative or indifferent about this? Anybody wants to (or knows anyone who wants to) transition?

Thanks for reading bloghearts. I'm waiting to read from you. Love, Anuoluwapo.
Posted by Anuoluwapo at 05:49

I have been of the mindset that it isn't my business what other people do ...I don't always agree with all the different things but I keep that to myself. I am not their judge nor do I ever want to be...

I made a decision a long time ago that I just need to love people and that I need to worry about what I am doing and not what other people are doing...

We all need to be who we are, she helps us to accept who we are.

I have trouble understanding a lot of it, especially when the transgendered stays married to their partner.

Me, I don't understand dis stuff oo, so I won't bother my pretty head joor.

hmMMM I just ran from all this madness.....

Honestly mami...I am really conflicted with my emotions and feelings on this one. I haven't quite gotten over it.

I'm indifferent about it all.

I just think its madness to just think you were created by God in a wrong body. Anyway I guess its part of the signs of the end times. If you think its not your business and care less, I hope you won't be disturbed if your son wakes up one beautiful morning to say mummy, I tink I have a wrong body. I m a girl oh. May the Lord help us.